This article is published in collaboration with the ASEAN Catalytic Green Finance Facility.

Earth is called the Blue Planet for a reason: 70% of its surface is covered by ocean. The ocean not only enables life on the planet, but it also absorbs about 40% of the carbon dioxide produced by humans, acting as a powerful carbon sink. We depend on the ocean for food, livelihoods, transportation, and enjoyment.

At the 2022 UN Ocean Conference, John Kerry, US Special Presidential Envoy for Climate, called the ocean “the most exciting opportunity the world has ever had.” If treated like a country, the ocean would be the 7th largest economy in the world with an estimated annual value of $2.5 trillion in goods and services and a plethora of economic opportunities: The market value of marine and coastal resources is estimated at $3 trillion per year or about 5% of global GDP, providing benefits to several industries such as fishery, transport, biotechnology, energy production, seabed resources exploration, tourism, and many others.

Thus, the oceans have inherent proactive and reactive value, as an economic asset and as a resource against climate change. The Principles of Ocean Literacy, an initiative from the United Nations Educational, Scientific and Cultural Organization, recognize the inextricable interconnection between the ocean and humans, but Principle 7 also acknowledges that the ocean is the largest unexplored place on Earth—less than 20% of it has been explored. As the use of its resources increases, and as we try to protect it, it is imperative to understand the ocean’s resources and their full potential.

What we need to do

Firstly, we need to develop and agree on a comprehensive and internationally adopted taxonomy on sustainable blue economy. In the early years of the UN Ocean Decade and fresh out of the UN Ocean Conference in Lisbon in July and the Our Ocean Conference in Palau in April, the increasing global focus on and commitment to advancing the blue economy in the name of sustainable development is indisputable. However, even as the world agrees that the blue economy is a crucial focus area, we still do not have commonly accepted definition of the term. The lack of standardization in metrics, definitions, and verifications translates into an unknown return on investment and higher risk perception, becoming an obstacle to securing much-needed capital.

Secondly, we need to catalyze private funding and investment. Public and philanthropic resources alone  will not be sufficient to remedy the threats to ocean health on a global scale, and revenue streams are not readily available or are currently limited for sustainable blue economy activities. The lack of a universally accepted taxonomy remains a considerable barrier to growing the blue economy and attracting the much-needed private capital into blue projects and initiatives. The ocean—and everything blue—is still seen as the great unknown, making the benefits of blue investments seem more uncertain, detracting risk-averse investors.

Thirdly, we need to raise global awareness on this issue. Training and communicating about ocean health and the oceans’ many economic opportunities is key to growing a sustainable blue economy: the global public must understand and push for the protection of oceans so their elected officials feel compelled to act. Multilateral development banks like the Asia Development Bank (ADB) are joining NGOs, philanthropies, and the private sector in stirring up conversation, and though our role is essential to shaping action plans, it is also limited. At the UN Ocean Conference, global players adopted a landmark declaration to scale up science-based and innovative actions and address the ocean emergency of habitat loss, ocean acidification, and ecosystem degradation, acknowledging the capacity challenges facing countries at the frontline of the devastating impacts of the ocean emergency. However, without the full support of local governments and ultimately civil society caring for their resources and sustainably utilizing their natural assets, any progress will be very slow. That is why we must take advantage of the momentum for the blue economy that follows international gatherings such as the UN Ocean Conference and the Our Ocean Conference.

Why we should start in Southeast Asia

To effectively contribute to a global sustainable blue economy, the action must be focused where it is most needed and where the potential impact of the global community efforts will be most effective. As the waters of Southeast Asia wield a colossal amount of natural resources and sustain life for a great number of its inhabitants, this region is a great place to start.

Given the wealth and biodiversity of its natural resources, the potential for a vibrant blue economy is especially high in Southeast Asia. The region is the center of marine biodiversity globally and is home to 31% of the world’s mangroves, 33% of seagrass beds, and a third of the world’s coral reefs. It accounts for 80% of global aquaculture, 60% of the world’s capture fisheries, is the conduit for 90% of world trade through shipping. In some Southeast Asian countries, the ocean economy constitutes a 20% share of GDP, and an estimated 625 million people in the region depend on the ocean for their livelihoods, significantly higher than most other regions around the world. Ocean health plays an incredibly important role in the region.

Sharks and ray tourism in Indonesia

A single reed shark can be worth nearly $2 million in tourism revenue over its lifetime, worth many times more alive to some local economies than it would be dead. In Indonesia alone, the median estimate of shark and ray tourism accounts for at least 7% of the total $1 billion marine tourism revenue. However, If shark populations continue to decline due to insufficient conservation actions, Indonesia’s shark and ray tourism industry could suffer economic losses of more than $121 million per annum by 2027, as well as detrimental impacts on species, marine ecosystems, and fisheries.

To effectively address the challenges faced by Southeast Asian oceans, ADB established the Blue SEA (Southeast Asia) Finance Hub in late 2021 to help governments develop and finance bankable ocean health projects by supporting innovative structuring of blue projects, strengthening capacities of governments, and helping SMEs in the sector scale up their business models. The hub will help ASEAN countries develop and finance blue projects with a target of creating $300 million worth of bankable ADB-funded projects by 2024 in order to catalyze at least three times the capital from other sources, including development financial institutions, philanthropies, and private, institutional, and commercial financiers.

As one of the Blue SEA Finance Hub’s first initiatives, we will be launching a Blue Finance Accelerator for Indonesian SMEs working in the blue economy. In close collaboration with UNDP Indonesia and with support from the Indonesian Coordinating Ministry for Maritime Affairs and Investment, the program will raise awareness of Indonesian officials, improve access to blue finance for local businesses, and generally scale up the Indonesia-based blue economy to stand as an example to other countries in the region.

Restoring the health of our ocean is a global priority as resilient and healthy oceans are the foundations of climate regulation and sustainable development, with the potential to produce food and energy for billions. We are just starting to grasp the immensity and the benefits of the ocean, but there is so much more to explore, including mangroves, seaweed, seagrass, and a circular economy. It is time to deep dive and explore the wonders of our Blue Planet.

FACTS: The Economy of Coral Reefs

Southeast Asia contains nearly 100,000 square kilometers of coral reefs, almost 34% of the world total. With over 600 of the almost 800 reef-building coral species, these reefs have the highest levels of marine biodiversity on Earth. Southeast Asia is also the global center of biodiversity for coral reef fish, mollusks, and crustaceans.

The value of the region’s sustainable coral reef fisheries alone is $2.4 billion per year. In addition, coral reefs are vital to food security, employment, tourism, pharmaceutical research, and shoreline protection. The coral reefs of Indonesia and the Philippines provide annual economic benefits estimated at $1.6 billion and $1.1 billion per year, respectively.

The heavy reliance on marine resources across Southeast Asia has resulted in the overexploitation and degradation of many coral reefs, particularly those near major population centers. The main threats include overfishing, destructive fishing practices, and sedimentation and pollution from land-based sources. Human activities now threaten an estimated 88% of Southeast Asia’s coral reefs, jeopardizing their biological and economic value to society. For 50% of these reefs, the level of threat is “high” or “very high.” Only 12% of reefs are at low risk. 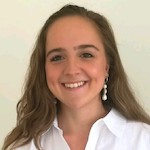 Gema Sancho-Miñana Bertomeu is involved with the knowledge and capacity building of the ASEAN Catalytic Green Finance (ACGF) facility, aiming to lead the thought dialogue in green, blue, and innovative finance. Prior to her current role, she was a trade analyst at the Economic Office of the Embassy of Spain in Manila and also has experience in corporate affairs, regulatory issues, and sustainability in Europe. 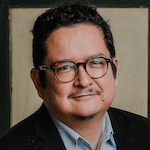 Vinh Prag is in charge of all things communications at the ASEAN Catalytic Green Finance Facility and ADB's Southeast Asia Innovation Hub. Before his current position, Vinh was a communications and design consultant for development clients such as CARE International, Oxfam, UN Women, USAID, ILO, and GIZ, as well as several ADB clients.

For more updates about the green development finance sector, subscribe to ACGF News.

Why Are We Treating Our Oceans So Badly?

Developing the Philippine Blue Economy: Opportunities and Challenges in the Ocean Tourism Sector

Financing the Ocean Back to Health in Southeast Asia: Approaches for Mainstreaming Blue Finance

Resilience: Ensuring a Future for Coastal and Marine Tourism