Will Asia Outshine the West in a Bid for a Sustainable Future?

This article is published in collaboration with the London Stock Exchange Group.

The upcoming 26th United Nations Climate Change Conference of the Parties (COP26) in November is a crucial milestone in the global fight against climate change as countries gradually recover from the coronavirus disease (COVID-19) pandemic.

This year’s summit in Glasgow is anchored on four overarching goals: (1) securing global net zero by mid-century and keeping 1.5°C within reach, (2) adapting to protect communities and natural habitats, (3) mobilizing finance, and (4) working together to deliver.

In the lead up to COP26, experts have called for decisive climate action amid shifting macroeconomic and geopolitical dynamics to achieve the Paris Agreement target of limiting global warming to 1.5°C. How Asia responds to the climate challenge will have significant implications for the long-term trajectory of economic growth in the world's most populous and increasingly affluent continent.

Why COP26 matters to Asia

Asia is on the frontline of the climate crisis and the region has been experiencing a dramatic increase in climate shocks in recent years as floods devastated parts of Bangladesh, the People's Republic of China (PRC), India, and Southeast Asia, while tropical cyclones swept across East Asian nations. The Intergovernmental Panel on Climate Change (IPCC) report published in July was sobering in its scientific projections of continued and accelerating affects from climate change should there not be radical changes made in the way we consume.

McKinsey Global Institute's 2020 report shows the economic impact of climate change is greater in Asia than anywhere else, and the region stands out as being more exposed to physical climate risk than other parts of the world in the absence of adaptation and mitigation. The Asian gross domestic product (GDP) at risk from climate events accounts for more than two-thirds of the total annual global GDP impacted, which underscores the pertinent need to invest more in climate adaptation and mitigation before we reach the tipping point where action could come too little, too late. SwissRe’s report earlier this year also revealed that all of the top five countries least prepared for the economic shock of climate change were in Asia.

Nevertheless, there has been encouraging progress in environmental, social and governance (ESG) action across the region over the past year, with several Asian economies making carbon neutrality commitments, most notably the PRC. Asian governments are also increasingly integrating sustainability into their long-term growth agendas by catalyzing the development of regional sustainable finance ecosystems, expanding the market for green bonds , or championing innovative green finance and ESG-themed products.

A report by the Global Financial Markets and Boston Consulting Group found that the largest regional climate finance investment needed is in Asia, estimated at $66.4 trillion over the next 3 decades, which is over half the investment required globally to transition to a low-carbon economy.

Sustainable financing gained significant momentum over the course of 2021. Refinitiv data shows that sustainable finance bonds hit an all-time record of $551.6 billion during the first half of 2021, with Asia Pacific (excluding Japan) accounting for 17% of the market share with $94.9 billion issued, as compared to $31.9 billion a year ago. In April this year, Malaysia also took the lead by introducing the world’s first sovereign dollar sustainability sukuk to fund ESG projects aligned with the UN’s Sustainable Development Goals agenda. The issuance saw strong investor interest and was oversubscribed by 6.4 times.

In addition to bonds, Refinitiv’s Sustainable Finance Review indicates that equity capital markets activity for sustainable companies also hit a record $23.2 billion during the first half of 2021, more than triple the activity levels compared with the previous year. Asia Pacific was the second-largest market globally, accounting for 38% of overall equity capital markets activity during the first half of 2021, just behind the Americas with 41% market share.

Policymakers across Asia have also strengthened commitments to scale green finance and support the region’s transition to a sustainable future. For instance, the Monetary Authority of Singapore (MAS) committed to deploying $1.8 billion under its Green Investments Programme to catalyze funding toward environmentally sustainable projects in Asia and beyond, while Malaysia launched its national climate change taxonomy earlier in April to facilitate transparency among investors and financial institutions.

The Future of Sustainable Data Alliance has mapped global initiatives at creating green or sustainable taxonomies to add transparency and rigor to defining sustainable finance. This work shows clearly Asia’s engagement in driving the green finance agenda with most Asian nations having a taxonomy in some stage of development.

In Japan, the Government Pension Investment Fund (GPIF), which is the world’s largest single pension fund, has been taking the lead by allocating funds to ESG investments since 2017 with an initial $27 billion allocated to shares with good ESG scores and into three ESG indices. The following year saw low-carbon indices being funded to the tune of $10 billion, which further highlights a marked shift to ESG as a measure of asset quality in Japan. Additionally, GPIF has asked all of the external asset managers it uses in Japan to “take ESG into consideration” as a fundamental measure of investment strategies.

Policymakers in Asia are increasingly focussed on limiting greenhouse gas emissions. The recent pledges to carbon neutrality by 2050 (Japan and Republic of Korea) and 2060 (PRC) represent a pivotal step towards net-zero and have a snowball effect that can catalyze further climate action across the region.

Across Asia, we are seeing evidence of prioritizing adaptation measures to boost climate resilience. In Viet Nam for instance, the country has been experiencing a remarkable solar boom to reduce its reliance on coal. Through increased renewable energy investments in recent years, Viet Nam is currently leading the solar market in Southeast Asia with the highest installed solar power capacity in the region.

Many of these climate adaptation initiatives will require digital technologies, data, and analytics to effectively predict, analyze and model various climate scenarios. Not only will investing in data and technology help to strengthen early-warning systems, it can also speed up disaster recovery and response efforts during a crisis to minimize the impact of extreme climate-related events. There is a huge opportunity in Asia to increase adoption of digital tools to strengthen the region’s capacity to adapt to climate change and lead the global response to climate risk.

To drive lasting improvements in sustainable practices in Asia, greater collaboration and convergence among policymakers, businesses, investors and other industry stakeholders is required to address climate risks holistically and maintain this positive momentum for the long term.

Ahead of the COP26 conference, the 15th meeting of the Conference of the Parties to the Convention on Biological Diversity (COP15) scheduled for October in Kunming in the PRC is an equally important global environmental summit aimed at halting biodiversity loss. Although the face-to-face portion of COP15 will be delayed until April 2022, it is critical to ensure that progress toward a solid roadmap for biodiversity action is not stalled.

Biodiversity loss and ecosystem collapse is ranked as one of the top five risks in the next 10 years, according to a report by the World Economic Forum, and Paulson Institute estimates that the cost of reversing the decline in biodiversity requires an average of $711 billion a year until 2030. However, financial institutions and companies have a low understanding of how their operations or investments impact or depend on nature, and there is a pressing need for better data to integrate nature-related risks in their decision-making processes. To address this challenge, the Taskforce on Nature-related Financial Disclosures (TNFD), a new global initiative endorsed by G7, aims to standardize nature-related disclosures and give companies a complete picture of their environmental risks and opportunities and support a shift in global financial flows toward nature-positive outcomes.

The race to net-zero

Asia has seen tremendous growth over the past 2 decades and will continue to grow rapidly in decades ahead. The world now needs strong commitment and collaboration across the region to increase the pace of decarbonization, build resilient infrastructure and mitigate the negative consequences of climate change.

Ultimately, Asia has the tools, capabilities, and investor interest to support decisive climate action that could help lead the world toward a greener and more sustainable future. With the deadline for effective climate action looming, there is an urgent need to accelerate the region’s transition toward a net-zero future. Asia will be one of the most impacted regions in the world if we don’t act both decisively and quickly. With much to lose, Asia has the incentive to be a leader in global sustainability and early evidence suggests it is taking that ambition seriously. 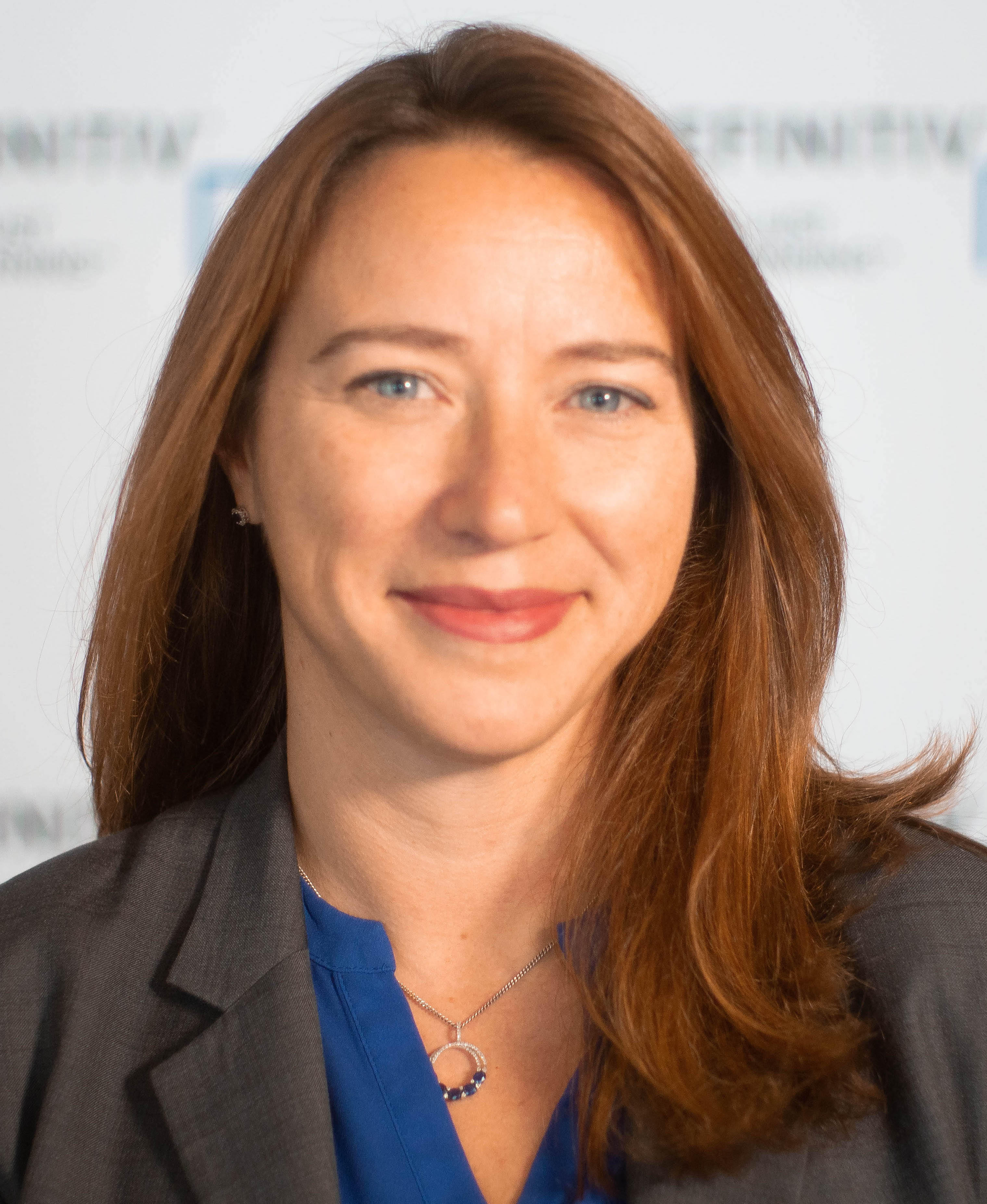 Sherry Madera is the chief industry and government affairs officer at the London Stock Exchange Group and chair of the Future of Sustainable Data Alliance.

This article was first published by Business Times on 20 October 2021.

Vaccines against Antimicrobial Resistance: Short- and Long-Term Solutions to End the Invisible Pandemic

Asia-Pacific Trade and Investment Trends 2021/222: Preferential Trade Agreements in Asia and the Pacific